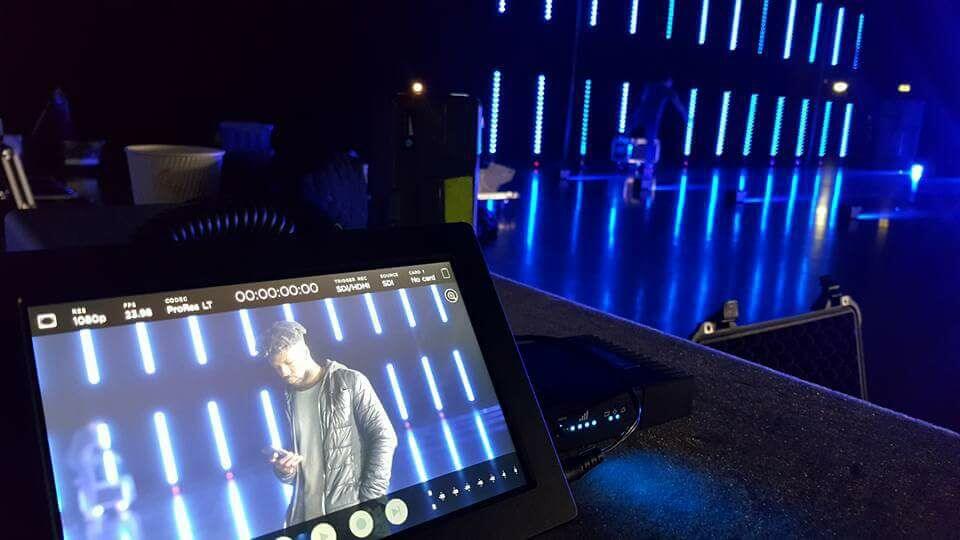 Useful information and resources about the different Production stages, and career opportunities within Production.

1) Development: The Development stage is the starting point for all things seen on screen. At this stage you seek inspiration from TV/film, collect stories, develop ideas, and formulate them into something that can be created. For TV, development is done by independent production companies (“indies”), who are aiming to get their ideas commissioned by Broadcasters (e.g. Channel 4, BBC, ITV), or streaming services (e.g. Netflix). Winning commissions will receive funding and other means of support to turn their ideas into reality.
Jobs in Development: Development Producer, Screenwriter, Researcher, Casting Director, Casting Assistant, Script Reader and Office Runner. Visit Beyond Bronte’s ‘Spotlight On’ Google Doc to find out more about what a career in development entails. It includes developing your ideas, gaining an understanding of the marketplace, the different roles within Development and skills needed, plus a list of useful resources.

2) Pre-Production: Pre-production is the stage between when a project is ready to make (e.g. has funding) and the moment you start filming (Production).  In this important stage you are trying to think of risks and solve potential problems before they occur. You’ll need to consider if the script is finalised, how you’ll spend your budget wisely, your schedule, and create deadlines that need to be met to finish the project on time. You’ll also need to think about your crew, locations, cast, equipment, paperwork, and rehearsal time. Some of these things may have been done in the Development stage, such as attaching cast or hiring a Producer – which is why pre-Production is different from Development, but also very much an extension of it.
Jobs in Pre-Production: Producer, Director, Assistant Directors, Heads of Departments, Line Producers, Production Coordinators, Locations Managers and Assistants, and Production Accountant. Visit Beyond Bronte’s ‘Spotlight On’ Google Doc to find out more about what a career in Pre-production entails. It includes a guide of the things you should have in place before filming (Production), the different roles within Pre-production and the types of tasks you can expect, plus a list of useful resources.

3) Production: The stage you’ve all been working towards so far – it’s time to start filming. This is usually the quickest stage of a project as time means money, which means the budget and schedule created in the Pre-Production stage will be crucial to refer to now. In summary, during the production stage you prepare the shot, rehearse the shot, take the shot, and if for Scripted then review the shot. To schedule the shots for the day you’ll need to think about your Unit and how they will work together (a Unit is your team of filmmakers and departments working on set). This information should be within your Call Sheet – a document that is sent out to all cast and crew that outlines the next day’s filming (it also includes locations, weather, and parking information).
Jobs in production can be split into three broad categories: Production, Technical and Craft. Visit Beyond Bronte’s ‘Spotlight On’ Google Doc to find out more about Units, Call Sheets, the role of the Assistant Director, Base Camps, tips for when you’re on set, the different types of Jobs in Production, and a list of useful resources.

4) Post-Production: Post-production is where you take the footage that has been shot, and then edit it together to tell a story and make a coherent film/TV programme. There are different complexities to the post-production department.  For a very small production e.g. one you are making by yourself, you may have 1-2 people on the edit.  For a short film, created to a more professional standard, there may be someone assembling the picture edit, the director, colour grader, sound editor, composer, and VFX (visual effects) editor if you require one. For bigger films or TV shows, there can be multiple people and sometimes multiple production houses working on colour grading, sound editing, picture editing etc. During post-production, there is always the possibility that there may need to be additional material shot, re-takes, or ADR (Automated Dialogue Replacement) – the process of recording dialogue which will then be dubbed over the original. Obviously, filmmakers want to keep this to a minimum as it makes the process more time consuming and means you can risk going over budget.
Jobs in post-production: Editor, Edit Assistant, “Offline Editor”, Colour Grader, Sound Editor, Sound Mixer, Composer, Post-Production Producer, Post-Production Runner, and Graphic Artists/ Design Team. Visit Beyond Bronte’s ‘Spotlight On’ Google Doc for a brief overview of the editing process, the different roles within post-production and the skills needed, plus a list of useful resources.

5) Distribution and Exhibition: The stage where you’re ready to get your film / TV show seen by audiences – you’ll need to market and publicise it to make sure it’s seen by the biggest audiences possible. Distributors are the people whose job it is to get films ready for a theatrical release or ready to be broadcast on TV.  They are the bridge between the world of production and the world of cinemas and audiences.  The Exhibitors are places like cinemas and streaming services – the places where people can see it. If TV shows have been commissioned, they will be shown on the channel owned by the Broadcaster. Also, production companies can sell licenses for exclusive streaming rights to streaming services like Netflix, Amazon Prime, HBO etc. If your film is being produced and funded by a major studio, then a level of distribution is already incorporated, as many studios have deals with the major cinema chains. Some films produced in the UK are studio-backed and operate in this way, but there are also many independent films (out of the 191 UK films made last year, 168 were independent). Distribution – getting independent films screened in UK cinemas:
• Festivals and Sales Agents: Enter the film in the major festivals which will attract the interest of global distributors. You can also get your film accepted by an international Sales Agent who will help with submitting the film to festivals, marketing, and making deals happen. Filmmakers can do these things without a sales agent, however it’s then up to them to ensure they are approaching suitable distributors and ensuring the film has a wider release.
• Self-distribution: Pitch to cinemas directly, cutting out distributors altogether – although this will give you more control it will also give you a lot more responsibilities (e.g. creating your own trailers and posters, getting certifications, booking and paying cinemas).
Jobs in Distribution and Exhibition: Sales Agent, Distribution Executive, Publicist, Marketing Manager, Film Programmer. Visit Beyond Bronte’s ‘Spotlight On’ Google Doc to find out more about how films and TV reach audiences, online platforms where you can create and distribute content, the different types of jobs in Distribution and Exhibition and skills needed, plus a list of useful resources.

6) The Tech Departments: The Tech Department is the part of production that relies heavily on technology. People working in tech need in-depth knowledge about their department and equipment. They also need good negotiation skills as they must pitch for their equipment to the production team, where budgets are limited. The different areas where you may work in the Tech Department include:
• Sound: dialogue, re-recording sound, background noise, sound effects and scores.
• Lighting: integral to both the creative and technical storytelling, lighting sets the tone and makes sure audiences can see the action.
• Camera: framing shots, moving and controlling the camera – all to capture the Director’s vision.
Jobs in the Sound / Tech Department: Sound Trainee, Sound Assistant, Boom Operator, Sound Mixer.
Jobs in the Lighting Department: Electrical Junior/ Trainee, Generator Operator, Console Operators, Lighting Technician / Spark, Gaffer.
Jobs in the Camera / Tech Department: Camera Trainee, Second Assistant Camera, Focus Puller, Camera Operator, Grip Trainee, Best Boy Grip, Grips, Director of Photography (DoP), Video Assist Operator. Visit Beyond Bronte’s ‘Spotlight On’ Google Doc to find out more about the roles and careers within the Tech Departments and the skills needed, plus a list of useful resources.

7) The Craft Departments: They deal with the technical “craft” elements such as costume, props, hair, and make-up, set dressing, and even constructing the sets themselves. Much like the Tech Department, Craft is an umbrella term for multiple different departments on set. The people working in these roles need specific skills linked to their department e.g. people in costume need to be able to sew proficiently, as well as being able to balance artistry with practicality and budget. Craft Departments include:
• Art: set and designing, building, and dressing it so the characters, and viewers, are immersed in the fictional world of the show.
• Costume: Costume and wardrobe for the whole cast, including extras.
• Hair and Make-Up: They deal with hair and make-up, including prosthetics, wigs, and covering up tattoos.
• Construction: They build the sets for studio-based shooting.
Jobs in the Art / Craft Department: Production Designer, Supervising Art Director, Art Director, Concept Artist, Storyboard Artist, Assistant, Runner, Set Decorators, Props, Production Buyer, Graphic Designer.
Jobs in Hair & Make-Up / Craft Department: Hair and Make-up Designer, Hair and Make-Up Supervisor, Hair and Make-Up Artists/ Stylists, Hair and Make-Up Assistant, Trainee/ Runner, SFX Make-Up Artist, Body Make-Up Artist, Wig/ Hair Specialist.
Jobs in Costume / Craft Department: Costume Designer, Wardrobe / Costume Supervisor, Assistant Costume Designer, Costume Buyer, Costume Dresser, Costume Trainee, 2D Illustrator, Extra / Crowd Staff.
Jobs in Construction: Construction Manager, Construction Coordinator, Draftsmen, Plasterers, Carpenters, Painters and Scenic Artists.
Visit Beyond Bronte’s ‘Spotlight On’ Google Doc for more information about the different roles and careers within Craft Departments and the skills needed, plus a list of useful resources.

8) The Script Department: The UK industry has some systems in place to get the most out of their Screenwriter’s scripts, as the jobs described below explain.
• Agents: If a screenwriter convinces an agent to take them onto their books, the Agent will then pitch the people they represent to production companies, negotiate contracts and deal with the more difficult legal elements.
• Development Execs: They look for scripts and ideas that can be turned into film or TV.
• Screenwriters: Aside from writing scripts, they also write the Treatments, Script Bibles, Synopses, and Pitches. They also sometimes sell are their ideas for a show.
• Script Editors: They are looked to by production companies for knowledge about current screenwriters, reading many scripts to try and find that one that is perfect for the job. They are then the writer’s main point of contact on a production, a support to streamline the script and ideas into one coherent arc that will make sense on TV.
• Storyliners: Usually found on Soaps, they generate, develop, and write story strands for long running series, keeping in mind all the context and wild stories that have come before.  This is then handed over to screenwriters who create the scripts.
• Script Supervisors: They make detailed notes on scenes for continuity purposes – so the audience doesn’t realise these scenes have been shot out of order or multiple times.
Visit Beyond Bronte’s ‘Spotlight On’ Google Doc for a more detailed overview of the different types of roles and careers within the script department and the skills needed, plus a list of useful resources.