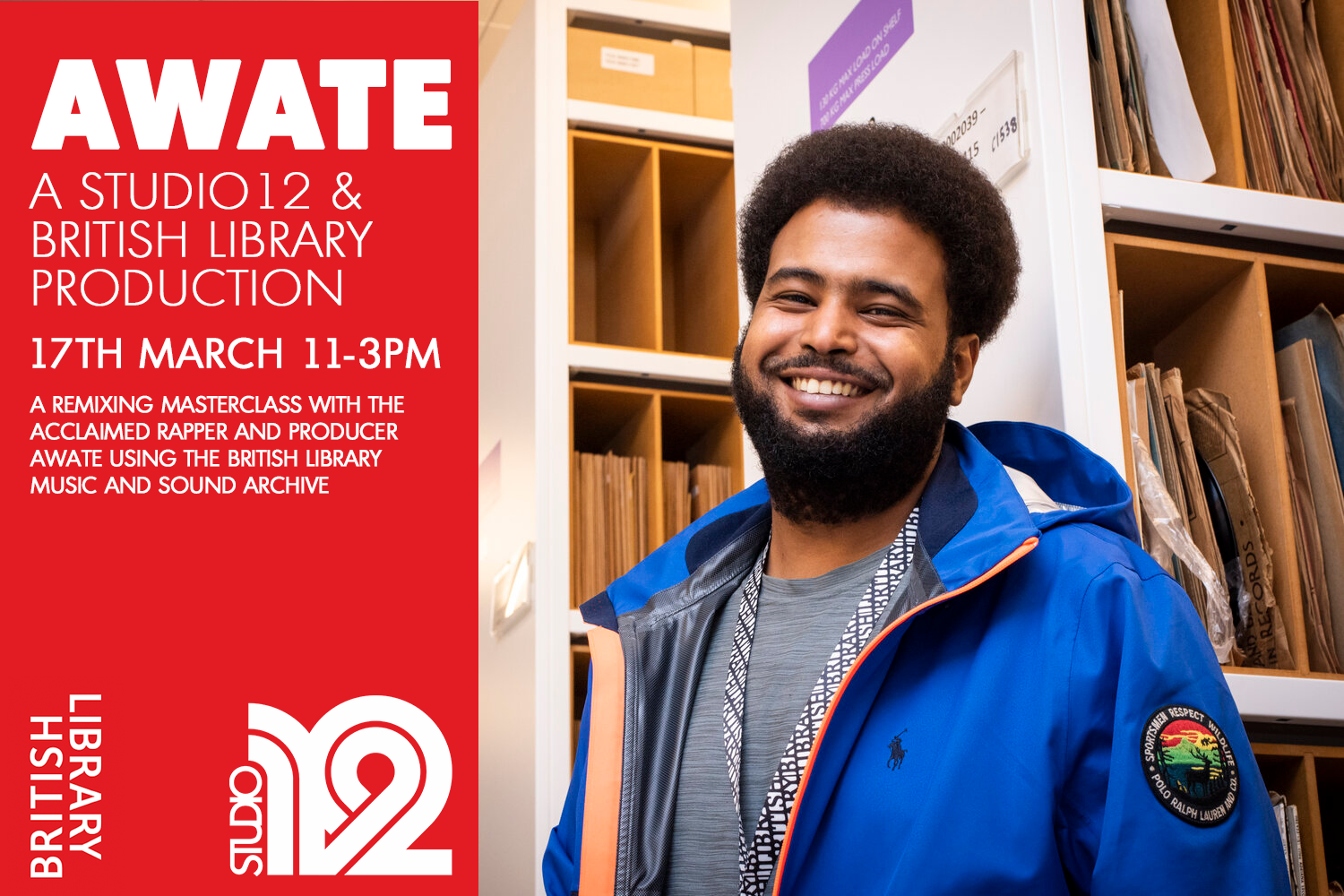 Studio12 worked in partnership with the British Library and acclaimed producer / rapper AWATE, who gave six Studio12 members two music production masterclasses into his British Library Residency. Hailing from Camden, AWATE joined the British Library in the summer of 2019 as Artist-in-Residence for Unlocking Our Sound Heritage, delving through the treasure trove of artefacts in the sound archive to weave together a genre-bending piece exploring the subject of diaspora. The Unearthed Odyssey is an immersive voyage, incorporating oral history accounts of migration and the music of people on the move over the last 100 years.

During the masterclasses AWATE shared his life experiences and how they have influenced his music, such as being born in Saudi Arabia to Eritrean freedom fighters, moving to London, and successfully appealing against Criminal Justice System court proceedings. AWATE treated Studio12 participants with insight into how he sampled and remixed sounds from the British Library’s sound archive to create an innovative blend of modern hip-hop production techniques and experimental storytelling. This sparked interesting conversations between AWATE and the participants around archiving, copyright, interpretation, politics, remixing, sampling, and sound preservation. Additionally he gave live online demonstrations using Logic software to show the technical production processes involved.

The British Library generously granted participants rare access to the sound samples AWATE used, in addition to their copyright free sounds. This enabled participants to experiment remixing and producing music from home between the masterclasses, especially as the skills AWATE demonstrated were transferrable to a range of software. Participants shared their work at the second session with AWATE, the British Library and Studio12 amazed at the new music they created in just one week.

Visit the British Library’s website to find out more about AWATE’S residency for Unlocking Our Sound Heritage, and to listen to The Unearthed Odyssey. 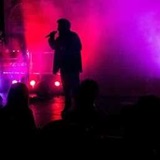 “Working with the British Library Sound Archive has been a real honour for myself. Hip-hop, black music and working class cultures have a shared characteristic in using found materials and refreshing them. Using the vast collections to weave together a rap instrumental album while telling a wider story about why people have to move and what life is like in those new places was something I wanted to do in the face of the rise of fascism and lack of context about our human predicament today. Stories create empathy and hopefully these stories give some reasons to why our world is so diverse and why so many are suffering and persevering”. – AWATE

“Hearing the reasoning behind AWATE’s musical and technical decisions helped me reflect on my own choices and considerations when creating music”.

“Interacting with industry professionals, learning of their experiences and gaining new insight and perspectives on a variety of topics was something I found immensely beneficial”.

“I just wanted to thank you all and AWATE again for such a wonderful masterclass, I really enjoyed every aspect of it and am excited to begin Uni with my newly gained sampling knowledge!”