The Waiting Room by Asma Elbadawi

The Waiting Room is a Writing Britain short written and performed by Bradford award-winning spoken word Poet Asma Elbadawi, it explores the issues caused by disorder and symptoms of anxiety. Produced by Studio12 in association with Mojo Film and Blackbox Creative.

Written from the heart, Asma explores her own challenges of mental health, trapped in a loop of emotions.

“The piece explored the emotions I kept wanting to escape, and how they effected my life – it felt like they would never stop as they always returned after bouts of joy. I wanted to remove them from my mind and create something that illustrated the raw and lonely side of mental health… To voice that anxiety and depression don’t pick and choose who to effect.” – Asma Elbadawi

After being showcased at the Leeds International Film festival the film is set for release as part of Mental Health Awareness Week on Thursday 21st May at 9am.

“Asma’s film expresses the loneliness of anxiety with clarity and beauty and the central performance has a quiet confidence. More than anything, this is a piece for our times and the sentiments expressed could apply to any one of us.”  Nicola Addyman – Editor of Weekly Programmes at BBC Yorkshire 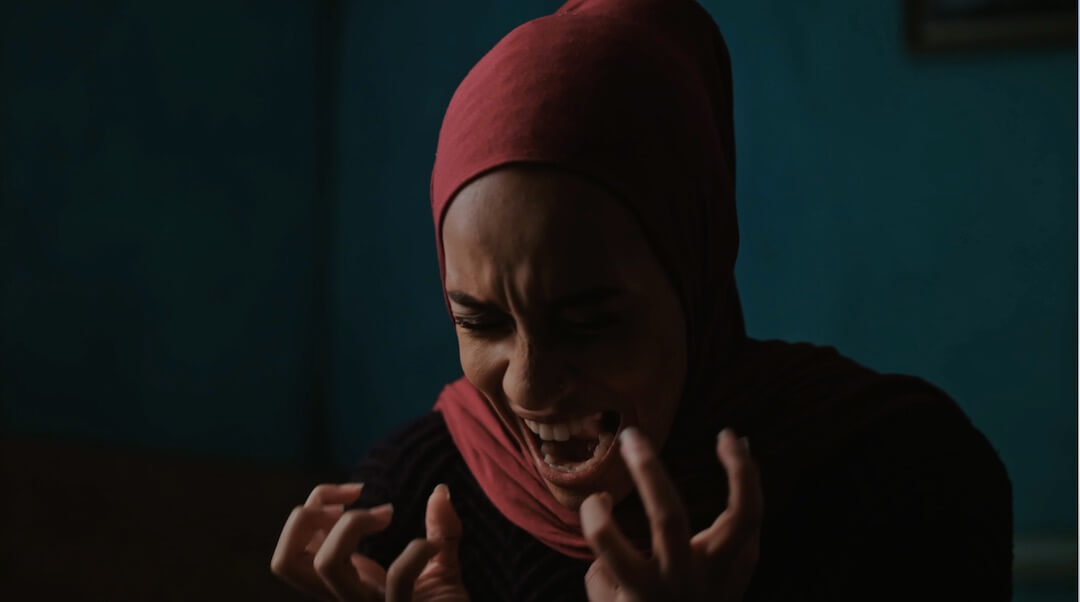 Directors Statement: “Whilst the film was created pre Covid, the overall tone and message could not be more apt. For some who experience mental health, life can be in constant lockdown, shunning yourself from the world.

We set out to create a visual experience of social isolation and the uncertainty that anxiety and depression. Often there is no clear narrative to a persons mental health ‘journey’, the process of recovery stopping and starting over and over like a loop.” – Mojo Film

Writing Britain is a project that relies on local support as it’s very much a project for the love of film funded by the Studio12 programme. On the project each artist gives their time for free and companies giving time and space for cost.

Leeds based social enterprise Mojo Film has been a key part in the creation of the film, from script and story development, visual development and directing the film

Adam Lyons from Blackbox was brought onto the project as the DP (Director of Photography) to create the visuals of the film.

Prodoto were approached to support with the set Design of Asma room. The National Railway Museum in York gave us access to a Pullman train carriage to create the 2nd part of Asma’s film. Provison AV for the hire of equipment and lighting at a reduced rate. Without this support of local filmmakers and companies this film would not have happened. 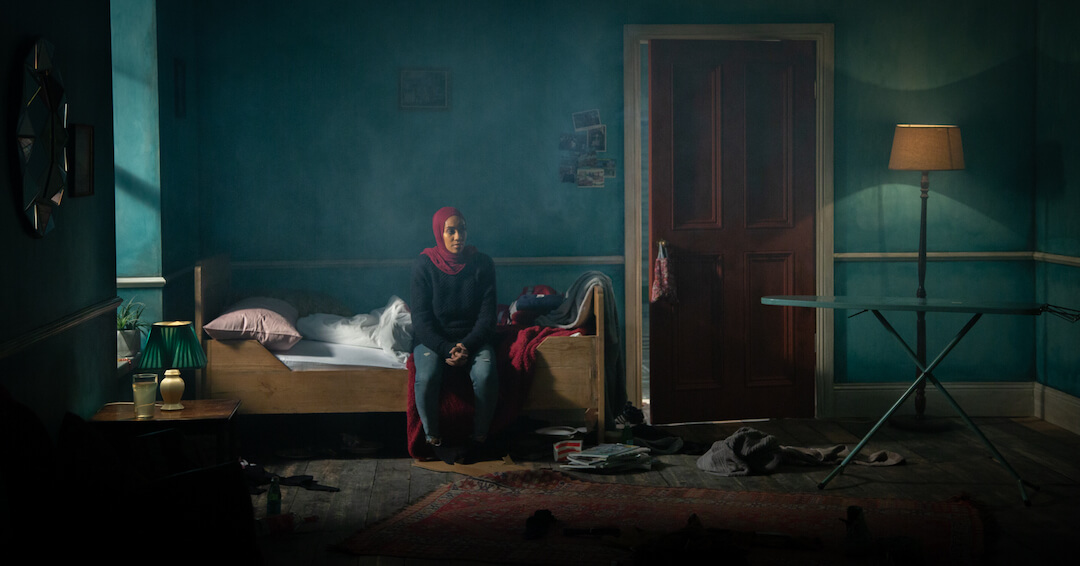 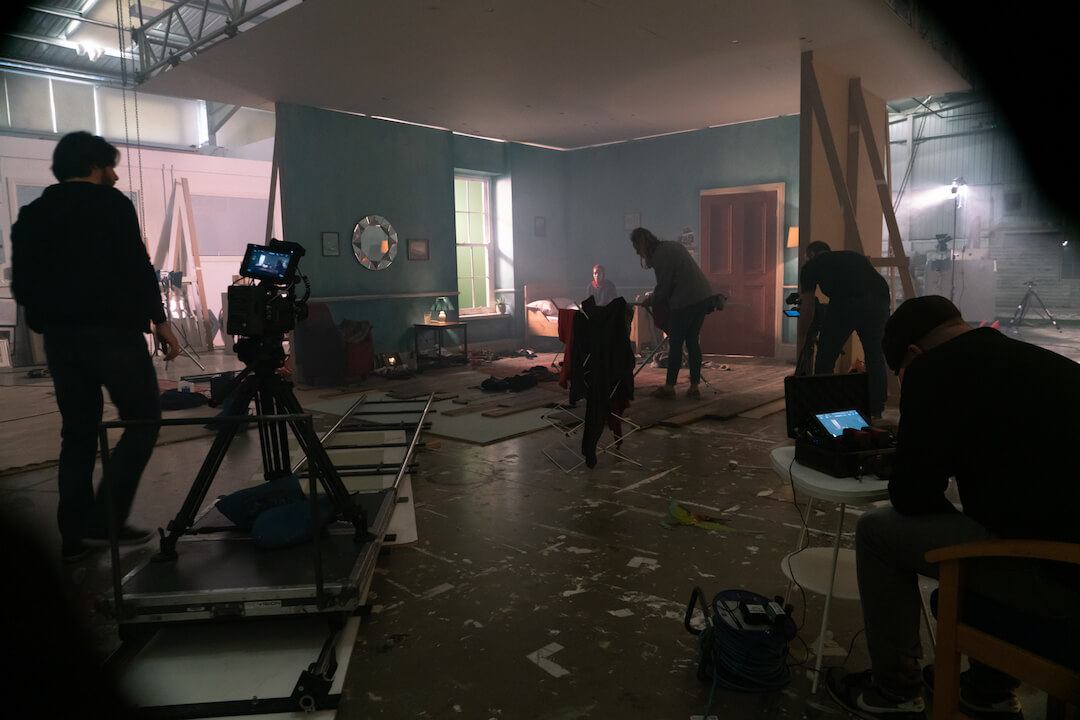 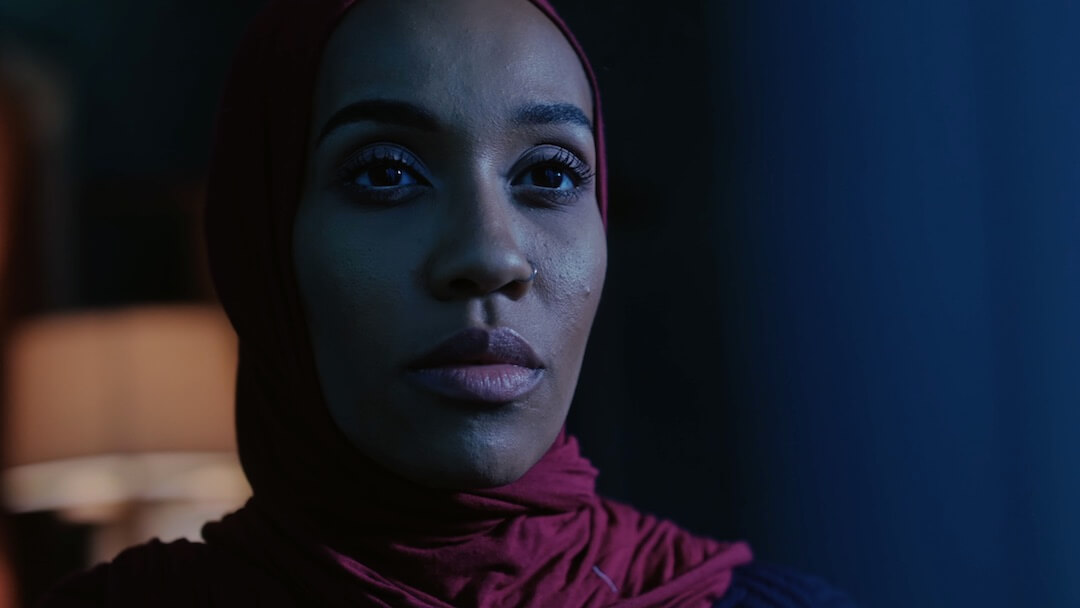 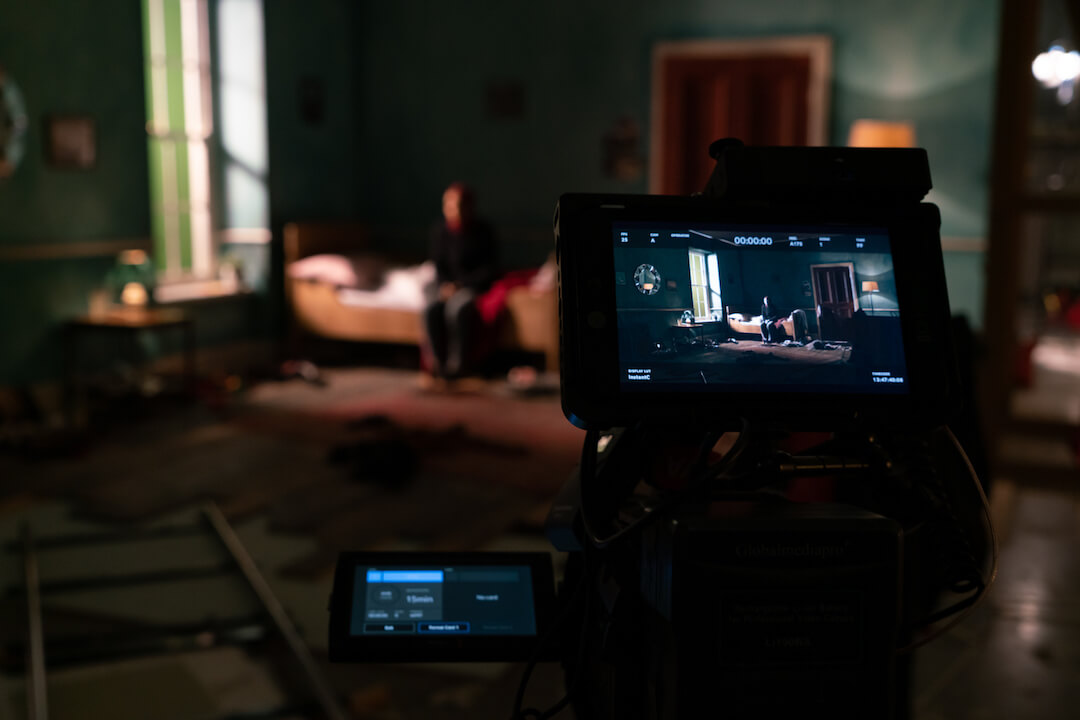