March of the Robots

Mojo Film and Studio12 combined the strengths of 15 young people to produce the film March of the Robots. A giant robot has been discovered in Leeds. The robot needs help. After many attempts from our young actor he can’t help the new arrival. Little to his knowledge he needs music to march once again.

Based on Yorkshire writer Ted Hughes the Iron Man, the 7 day masterclass had a chance to work with professional animators and industry professionals to develop the story. The group was made up of young graduates and young disadvantaged people. Side by side they produced an exceptional production using the Studio12 facility in the Leeds Central Library. The young people got real experience of industry production software, hardware and expertise to rival any Hollywood production.

The project was delivered as part of the March of the Robots project in Leeds. The project was delivered over 7 days, with 15 young people. The model had over 7 million polygons, rendered on 7 computers over 7000hrs to produce the film in such a short time. Working closely with BadgeLAB Leeds the young people all gained a Digital Me Open Badge to help their career and work within the industry.

Mojo Film
Mojo Film is a social enterprise, committed to making high quality creative and imaginative films for a we are a group of filmmakers, animators and artists with the experience and skills to deliver a creative product with the right message.

At the heart of Mojo Film is a belief in positive mental well-being for all. To this end we train and employ people who have experienced mental health issues who wish to work in the film and television industry. as well as commissioned work we also run funded practical film projects that increase trainees’ skills and experience.
https://www.mojofilm.co.uk/

Studio 12
Studio12 is a state of the art audio-visual media production suite with free access to industry -standard hardware and software. Individuals come with an idea or an ambition: to work in the digital media industry, to study digital media at college or university, to write and record their own music or make a video. We help people to turn their ideas into reality.

We also work on longer projects at a higher level by offering Masterclasses delivered by professionals from the arts and creative media industries.
www.studio12.org.uk

Playful Anywhere
Playful Anywhere CIC has a purpose to bring people of all ages, abilities and backgrounds together creatively, to develop connections and conversations between people and place. We’re curious imaginative and slightly mischievous,

In 2014 Playful Anywhere undertook a massive city wide adventure to encourage people to make robots in any media, from cardboard to code and everything in between. Resulting in over 100 events in 60 locations with over 7000 participants.
This year we’re more determined than ever to take playfulness to people and places so watch out for our 20ft Shipping Container box of tricks @Playbox01 as it evolves and takes a trip to places across Leeds

DigitalMe
DigitalMe is a Leeds-based social enterprise that offers consultancy on education, technology and design for Open Badges projects. DigitalMe was responsible for the development of the technology used in BadgeLAB Leeds, collaboration with technology partners as well as visual and educational design services for the BadgeLAB Leeds suite of badges.

BadgeLAB
BadgeLAB Leeds, a collaboration between ArtForms Leeds, DigitalMe and Sheffield Hallam University, worked with Leeds-based artists and arts organisations to test whether Open Badges would act as an incentive for young people to take part in arts activities. BadgeLAB Leeds partners are now aiming to develop a city-wide open badging initiative involving learners and organisations all over Leeds.

March of the robots – Film. 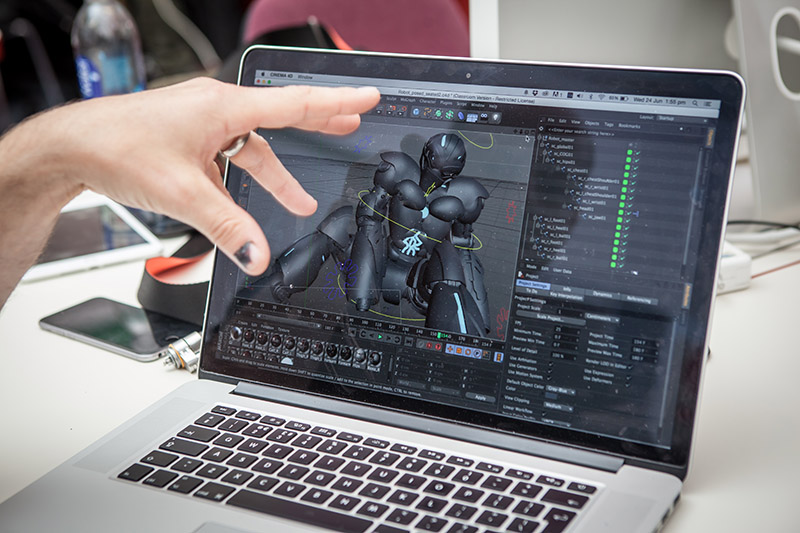